Self-Worth and Illusion of Source

If you rely on others to show you or make you feel your own self-worth, you are waiting for a failing source of affirmation. Other humans are flawed. Many can't see the good in others unless it is spelled out for them. If you are the one who usually has to spell out the good in you so some others can see it and stop thinking ill of you, then the problem is those people, not you. You are worthy, you are lovable, you are worthy of love, no matter what your contributions are to your life or to anyone else's life. You don't have to wait for the feeble-minded to grow a spine and get new glasses to finally see for themselves, without being spoon-fed, the greatness that is within you.

You are great. No matter how little you feel. You are important, needed, even if others make you feel your contributions are miniscule. They don't need to be able to see it, let alone affirm it for you. You are enough of an affirmation for yourself.

You are great. And God is Greatest. Turn to Him before and above all others.

Posted by leenamielus at 2:21 PM No comments:

Intimidation is not a foreign experience

To me. It’s something I’ve grown up in
So it’s hard to make me feel delirious
With your macho boots that you’re steppin’
I’ve learned to both bob and weave
And to occasionally take some hits
And I know if your securities were in a sieve
All that would be left would be tiny little bits
You wouldn’t know my worth if it hit you in the face
I’m not here to teach you it, or anything at all
I’m here because I take up a lot of space
And I won’t reduce myself because you feel small
I’d like to leave you with a simple lesson
That’ll maybe help you lower that arrogant chin
I want you to know that your poison
Won’t get within an inch of my skin
Posted by leenamielus at 9:02 PM 1 comment:

I always feared I would lose my father out of the blue, and that I would never have the chance to ask for forgiveness, to make sure he was happy with me, to thank him for his extreme sacrifice for his family, to thank him for always loving me no matter how strong-headed or rash I was, and  for always forgiving me without a second thought.

I am grateful that I was able to spend the past week with him, mostly alone, in his hospital room, learning more and more how to make him happy and comfortable. It has been an honor to get that chance to have that solitude with a father that I admire and respect. It has been humbling to learn to diffuse my strong-headedness to make room for his alpha personality, because that is the wish of my dying father, and I was able to do just that.

I am grateful that I was there with him when he had to face the fact of his mortality, when he had to decide if he wanted to be resuscitated when his body eventually and inevitably gave in to the all-consuming cancer. I am grateful I was the one who was allowed to fall onto him weeping at that moment, as he cried and held me, over the prospect of facing his inevitable and possibly imminent mortality.

I am grateful that I was able to feel that tenderness of love with my father, despite our similar personalities which avoid that kind of depth, mostly because our feelings are too strong and feel overpowering. I am grateful God granted us these moments, because He easily could have made this loss much harder. But He allowed us so many opportunities. And I ask Allah to allow me to be ever grateful for that. To take these lessons, and channel them into my life, through its different pathways.

Facing the death of a loved places you in a completely different realm of life. It is one of the absolute, clearest of ways through which God teaches us how He is truly the only One in control. Death is permanent. There is no undo button. There is nothing and no one in the entire universe that can stop it or slow it. It comes when it’s decreed. Not a second later. It forces us to realize that we never had control, even when we were under the illusion that we did. And to truly find peace and solace in this time of grief, means to surrender all power to Allah, to see and admit that we truly are powerless. Always.

With His power comes wisdom, mercy and love. Which means He is perfect. And whatever He decrees is exactly the perfect event that should occur. And so I surrender to His will. In this and in all things. Big or small. Heartbreaking or breathtaking. God is greater than all.

My father will be in the absolute best of hands. Insha Allah.

I love you baba. So much. And I love the Lord that gave me time with you. Alhamdulillah for all things.

Truly we all belong to Allah, and, without a doubt, to Him we will all return.
Posted by leenamielus at 11:56 PM No comments: 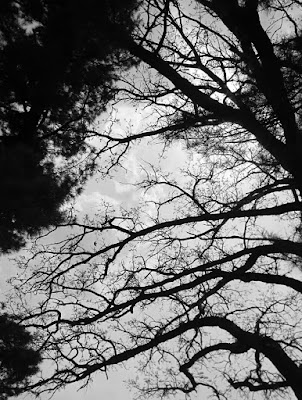 The sorrow can be as you mold it.
Posted by leenamielus at 12:14 AM 1 comment:

I Peace Through Chaos

I am not a victim. I am not a survivor. I am an overcomer. I am a forgiver. I live in my strength. I live as an observer of my pain. I am not my pain. I am not the aggressions that I have witnessed. I am not the heartache that shattered my will to try. I am a guider of my heart. I am a guider of my thoughts. I the orchestrator of my condition. I am the gatekeeper. I decide what enters. I decide what doesn't fester. I decide to let go, to release my grip on my license to shun. I am a forgiver. I am a move-on-er. I focus through haze. I calm through havoc. I water on fire. I peace through chaos.

Allah is in control of all things. Allah prefers the strong believer over the weak one. I ask Allah to make me the things I claim to be. I ask You to make me the strength that I require. I ask that I am a source of light for others, not one who needs light, not one who brings darkness. I ask you oh Allah to stroke my soul with the brush of submission, will, drive, devotion, and fortitude.

You are the All-Able. I am unable without You. Allow me oh Allah, for You are in control of all.
Posted by leenamielus at 11:37 PM No comments: 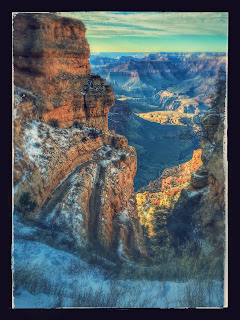 Repetition is the cause of insanity.

One mountain climbed draws into view others like it, larger than it.

When does the fight end? When does happiness and serenity arrive at your door, and say, "I think you've had enough. How about we chill for the time you have left?"

Which brings me to a new point. It will actually come to that. If you want it to. If you seek the methods through which you may attain that.

Soften the heart. Hardness is poison.

Be cautious to not conflate strength with
hopelessness. Hope is strength. A wise man once told me, "we should never lose hope in others."

Don't trudge through the mud. Make a plan to dry it out, so you can move more swiftly, more cleanly.
Posted by leenamielus at 8:35 PM No comments:

My New Motherhood, a Struggle to Swim Through 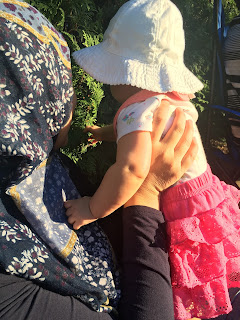 I don't know what part is toughest. Is it the required mental adjustment as to what I should expect of myself, or the permanent physical pains that accompanied pregnancy and labor? Or is it feeling like a failure because there are plenty of moments of impatience with a cute helpless baby? I am talking about the impatience that turns into frustration that turns into anxiety that skews your view of your situation.

I don't know if it's that I was raised with society shoving the image of an ideal woman down my throat. That a woman was supposed to not put her kids before her career. That her career takes precedence and a woman without a career is not a complete woman. If she does, she is less. Her IQ lower. Her abilities inadequate. A woman with messy hair, with a kid running around, another on her hip, smelling like garlic from cooking, and Clorox from cleaning, was a lost woman, a woman without goals, a pathetic woman.

Or maybe it's the patriarchy I rebelled against my entire life. This particular brand told me that a woman's place was in the kitchen, in the home, at her husband's feet (even if they were smelly), in the janitor's closet, and on the lowest part of the class scale. I remember the quote that shook me to my core. "A woman is like a shoe, you wear her and take her off when you want." In Arabic, it's a lot worse. A shoe in the Arab culture is basically equivalent to poo.

Or maybe it's the back injury that I sustained (oh and I mean SUSTAINED) before I got pregnant that made my labor far more favorable than my pregnancy, however excruciating my labor was.

Perhaps it's the carpel tunnel (also from pregnancy) that stole my art from beneath my hands. Art was my soul's story, my eternal expression, and the pain robbed me of it.

Maybe it's my knees giving out on me, leaving me weak plenty of the time.

I think it might be that I breathe through it all, and carry her on my hip, despite the hand pain, despite the well-intended but useless patriarchal comments, despite pressure from my own expectations of myself, despite the comments like "Oh you left Architecture? But you had so much promise!"

Or maybe it's the silence. Mine, to be exact. I haven't written about this. I haven't quite spelled it out (pun intended) until now. Not really wanting to share my pain with others. I feel embarrassed to share it since mine always seems so little compared to others I know or read about.

When I think about it, it's all of it.

I also know there are other mamas out there who didn't "always want to be a mom" as their primary goal in life. I didn't want to be a "mom," but I want to be me, Leena, with a cute little baby, with all the ups and downs that come with motherhood. I saw children as a part of life, as a part of my life, but not my entire life. Our pockets of culture restrict the image of who and what a woman should be, and then they make a billion photocopies of that image and put it under each door of every home.

My little one is worth far more than these struggles, of course, and it is absurd to judge a mother's love for her child because of her expression of her tribulations. These struggles are my current mountain, the one I am trying to conquer. Just trying to shed some weight here.

God help us, all mothers.

With love,
Newbie
Posted by leenamielus at 11:11 PM 3 comments: